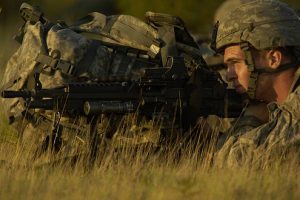 President Barack Obama signed the 2010 Defense Budget into law on December 19th. The 2010 defense budget is for $663.8 billion. The break down of the budget is as follows: $533.8 billion in discretionary budget authority (to fund base defense programs) and $130 billion will go towards supporting overseas operations.

The 2010 budget has increased $20.5 since the 2009 budget. According to Defense Secretary Robert Gates, “This budget provides the balance necessary to institutionalize and finance our capabilities to fight the wars we are in today and the scenarios we are most likely to face in the years ahead, while at the same time providing a hedge against other risks and contingencies.”