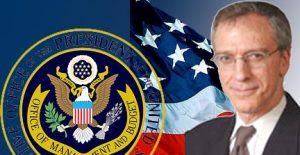 Daniel Gordon was confirmed by the Senate to be the administrator of the federal procurement policy for the Obama administration on Nov. 21, 2009.

The position has been empty for over a year, and Gordon’s nomination was one that moved very rapidly through the Senate. According to Federal Computer Week, “Gordon is one of the key players in Obama’s plan to reform the federal government’s contracting system.”