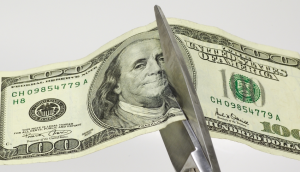 In a report released Monday, the Office of Management and Budget said Federal agencies are almost halfway towards reaching their two year goal to reduce government contracting costs by currently cutting $19 billion.

An objective directed from President Obama, agencies are to cut $40 billion from contracting budgets by 2011.  The administration hopes that by cutting non-competitive contracts and in sourcing some jobs the demand for government contractors will subside.  Most agencies as a result will see an increase is staffing.

The government, a major worldwide buyer, has permitted agencies to act as separate customers for too long, contributing, in part, to wasteful spending, said Jeffrey D. Zients, OMB deputy director for management.

Zients also went on to say that the practices and abuses of the agencies operations towards government-contracting  would not be present in the private sector and further they are unacceptable and will be fixed.

Currently, the government is the world’s largest buyer of goods and spending on contracts has doubled since 2002.  President Obama will be making comments today on the OMB progress report.

This fall however, lawmakers have acted with trepidation concerning Obama’s contracting reforms.

The one major item missing from OMB’s report is the definition of “inherently governmental functions” which would determine services contractors should no longer conduct.

Zients thinks that in the end “all of us want to save money here, and the progress we’ve made in identifying the $19 billion gets us off to a very fast start.”