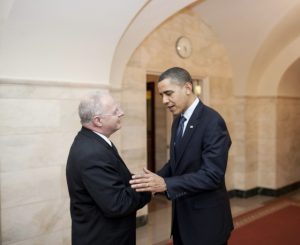 President Barack Obama has selected Howard A. Schmidt to be the national cyber security coordinator. He will be responsible for organizing and managing the country’s digital networks that have become increasingly vulnerable with a growing number of threats.

Schmidt is an experienced computer security executive. He has several ties in the corporate world. Recently, he served as the president and CEO of the Information Security Forum. Prior to this role, he was the former EBay and Microsoft security executive. He also worked more than 30 years in the public service. He was the former White House special adviser on cyberspace security, as well as a chief strategist for the U.S.-CERT Partners Program at DHS.

Schmidt has been selected as “cyber czar” ten months after President Obama ordered the administration to review cyber security.  The search for the person to fill this role of cyber czar has been several months.

It is the hope of the administration that Schmidt will coordinate all of the government’s efforts as a whole to protect against any attacks to the nation’s cyber-infrastructure. Schmidt is going to be reporting to the White House National Security Advisor, James Jones, as well as the National Economic Adviser, Lawrence Summers.

In a video on whitehouse.gov, Schmidt stated, “I look forward to working with our leadership from congress, industry, federal departments and agencies, state and local and tribal governments, as well as our international partners to ensure that our economic and national security interests and enhanced with our combined cyber security efforts.”