Early this week the Department of Energy confirmed an additional $100 billion will be awarded to advanced energy research projects.  This announcement comes just days before the much anticipated Copenhagen Summit. Many anticipate that diplomats attending will put pressure on the United States to up their clean energy efforts.

Last week, Energy Secretary Steven Chu announced that around $1.6 billion for projects aimed at capture and storage for carbon and bio refinery technologies.  The majority of the funding will go to  CCS projects with $979 million awarded to three commercial sized projects for the main purpose of demonstration.

These funds serve as an adequate bargaining chip for the Department of Energy as they depart to Copenhagen.

“Coal has and always will be an enormous part of our West Virginia soul and when we invest in new technologies that make it better and cleaner, we are taking control our future – and that is the key,” he said. “I firmly believe that these types of technology developments will help in reversing the recent trend of uncertainty in the coal industry and inspire further investment in coal.” 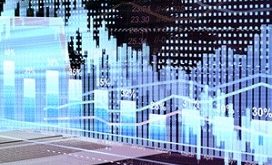