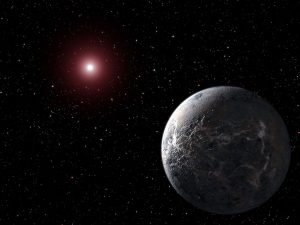 A Kepler space telescope that has been orbited space has found five new planets. NASA launched the telescope this past March.

According to InformationWeek, William Borucki, the mission’s principal science investigator, stated, “These observations contribute to our understand of how planetary systems form and evolve from the gas and dust disks that give rise to both the stars and their planets.”

These five planets, that are in distant parts of space, range in size from the diameter of Neptune, all the way to the diameter of Jupiter, which is the largest planet. They orbit stars that are even hotter and bigger than the Sun.

Moreover, temperatures on these planets are between 2,200 to 3,000 degrees Fahrenheit. For current naming purposes, NASA has decided to call these planets Kepler 4b, 5b, 6b, 7b, and 8b after the Kepler space telescope.