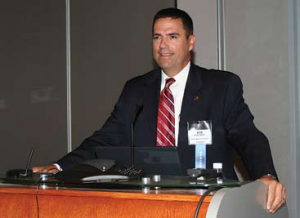 Just last week we mentioned the launch of “milBook,” the Defense Department’s secure networking tool. Now the Navy is launching “Pulse.” This will be their very own secure blog.

Robert Carey, Navy CIO, said that this blog allows anyone in the Navy or Marine Corps to give feedback on IT issues. The blog will be secure because you will need a common access card and PKI credentials to enter.

Carey was the first CIO to issue a policy enabling the Navy to use Web 2.0 and the first CIO to host a public blog. ExecutiveGov recently interviewed Carey to discuss the Navy Cyber Security Education Mission and the Department’s Web 2.0 policies. Come back to executivegov.com for the interview transcriptions and videos in the near future.