With the Obama Administration placing a high priority on the goal of transparency in the federal government these days, blogging has become a dynamic, useful tool for agency officials to communicate thoughts, opinions and information directly to the public.  High-ranking federal officials are taking to the web and fueling a communications trend that is rapidly expanding and here to stay.  Here are five of the blogs in government that everyone is – or will be – talking about:

1)     Casey Coleman, Chief Information Officer of the General Services Administration may just have the best blog in the federal government.  Engaging, topical, thoughtful and professional, she describes “Around the Corner: Innovation in the Business of Government – A GSA Blog” as “…a place where we could challenge assumptions, explore something new, and discover something unknown.”  Though she only updates a couple of times a month usually, it is tough to find a post that does not shed deep insight into the government.

2)     Department of the Navy Chief Information Officer Rob Carey was the first CIO to start a blog – a means of communicating directly with the people who need the open line most.  Carey blogged: “My intention with this blog is to open up a straightforward and public dialogue with DON personnel, and specifically the brave Sailors and Marines who are out on the front lines protecting this country, so that I can fully understand what their IT needs are. It is essential that they have what they need to do their jobs to the best of their abilities.”  The “public dialogue” part is the kind of stuff the Obama administration loves to hear.

3)     Federal Chief Information Officer Vivek Kundra’s blog on the usaspending.gov’s IT Dashboard updates periodically, delivering in-depth information about key government initiatives like Data.gov in a personal engaging tone.  Not many government executives are able to work in Beatles references so easily.

4)     The FDA Transparency Blog is not attached to a particular individual at the agency, but it serves as a good example of how to get important information from the official – in this case Afia Asamoah, transparency initiative coordinator, and Commissioner of Food and Drugs Margaret A. Hamburg, M.D., to the public in a single step.

5)     NASA Chief Information Officer Linda Cureton, maintains a blog that focuses on the art of the CIO, IT and other topics a high-ranking industry professional could provide valuable tips on.  The blog has an engaging and personal field and always provides an interesting read on a site with some stiff competition – try having your blog right next to an astronaut’s.

SO WHY DO THESE BLOGS WORK?

1)     Direct feedback from the public – On his blog, Carey always closes his posts by asking the readership for their feedback.  “What do you think?” and “Share your ideas for additional strategies” go a long way in engaging the public to think about what types of policymaking issues and decisions the office is faced with on a daily basis.  Granting the ability to comment on the blog posts also gives the impression that the official writing the blog – or at least someone close to them – values the public feedback and takes it into account when performing their job on a daily basis.

2)     No middle man required – Most of the time, to get an opinion from a high-ranking member of the government, one has to go an agency’s press office.  By the time the official’s message has reached the public it has changed hands numerous times – from the official to the press office to the press – it feels processed and worked over.  An agency’s message is like fresh fish; the quickest and most direct route to the consumer is best – and what route is more direct than from the desk of the official to the public via a blog?

3)     Official becomes the insider columnist – Just as the direct route is the best route, the direct source is the best source.  The ideas and opinions floated on federal officials’ blogs are a straight line to the most powerful minds in the government.  These bloggers are the deep background sources industry columnists crave.

4)     A living, breathing bio – With the high price placed on transparency, the blog is able to serve as something of an evolving bio.  The average citizen can glean more for a wealth of professional opinions than from three paragraphs worth of job titles and higher education degrees.

5)     Government officials are people, too – While some who keep tabs on tech trends in the government have been critical of some federal bloggers for straying off topic with more personal posts, this may not be a terrible idea.  It’s helpful to keep the public aware from time to time that the folks who call the shots in the government are like them in many respects.  Just keep the blog aimed at the issues relating to the agency.

6)     Engaging a new generation – The portion of the country that either blogs, is familiar with blogging, or knows how to find and read a blog has become the overwhelming majority over the past decade.  The medium is one that the general public is becoming increasingly comfortable with over time and will be a valuable asset to the government for years to come.  While engaging younger segments of the population is not and probably never will be an easy task for federal agencies, playing on their turf helps the process. 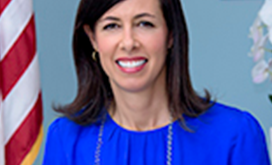 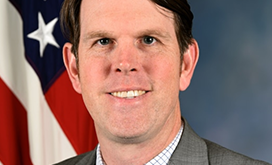 Paul Lopata, principal for Quantum Science at the Office of the Under Secretary of Defense for Research and Engineering, said quantum science may help the military develop innovative technologies, such as quantum computing and sensors. Lopata said in an interview that the Department of Defense (DOD) can use quantum science to more effectively decrypt or encrypt communications for network security.