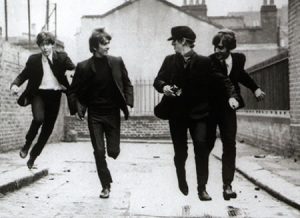 Just as John, Paul, George and Ringo did in the 60’s, Data.gov is sweeping the globe.

In a blog post titled “They Gave Us The Beatles, We Gave Them Data.gov,” Kundra praised the UK’s new Data.gov.uk, a spin-off of the wildly successful U.S. initiative.

“It is exciting to see the seeds of openness, accountability, and transparency taking root around the world,” Kundra said.

The creation was meant to supplement the goal of the Obama administration to increase the federal government’s visibility and accountability to the public.

“As we grow Data.gov across the Administration, we are focused on releasing high-value datasets to increase agency accountability and responsiveness; improve public knowledge of the agency and its operations; create economic opportunity; or respond to need and demand as identified through public consultation,” said Kundra.

Maybe a more apt reverse comparison for the UK-based site would be “The Office”- the hit BBC program that found success with a retooled version for the States.