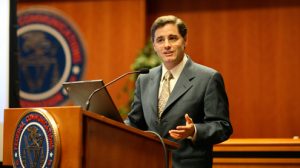 The agency did not mention how the services would be paid for, but they did suggest a public funding for “Digital Literacy Corps.” This would be a program designed to teach computer-illiterate individuals how to use the Internet and PCs in general.

This is not an entirely new idea for the FCC. Back in 2008, the former FCC Chairman, Kevin Martin, made a similar proposition. Martin suggested the winner of an airwaves auction to offer free wireless service to all Americans.

Obviously, Martin’s plans fell through. Will Genachowski follow through with the idea in the National Broadband Plan? We will find out in less than a week.