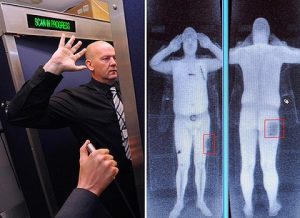 The advanced technology airport scanners continue to be shrouded in controversy. TSA revealed that the “virtual strip search” (as termed by privacy advocates) has sparked more than 600 privacy complaints by airport travelers in the last year.

According to GovernmentExecutive, Ginger McCall, EPIC’s staff counsel stated, “These documents reveal that many travelers are unhappy with the privacy and health implications of this technology.”

Contrary to these complaints, the FDA recently confirmed that the new scanners are safe and not a cause for health concerns. In fact, the level of radiation from the body scanners is less than medical devices.

Currently there are 44 scanners installed in 21 different airports. According to TSA, the images cannot be “stored, transmitted or printed, and is deleted immediately once viewed.” Despite the privacy complaints, TSA is still planning on installing 900 new body scanners in U.S. airports by 2014.

There is even skepticism about the reliability of this new technology. According to Businessweek, Kenneth Dunlap, the director of security in North America for the International Air Transport Association, said, “Even the best technology cannot detect bad people.”