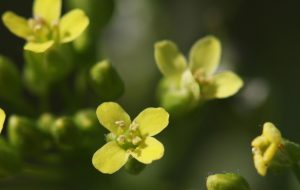 Speaking at an event on energy security at Andrews Air Force Base, Obama highlighted the use of renewable fuels by the U.S. military, including biojet fuel produced by Sustainable Oils, which is a producer and marketer of renewable, environmentally clean, and high-value camelina-based renewable fuels.

“[T]his announcement is part of a broader strategy that will move us from an economy that runs on fossil fuels and foreign oil to one that relies more on homegrown fuels and clean energy,” Obama said.

The president spoke about the military’s use of biofuels in aircraft and ground vehicles, including last week’s historic flight of an Air Force A-10C Thunderbolt II attack aircraft, which ran on a 50-50 blend of biojet fuel produced by Sustainable Oils. Next month, the Navy will fly an FA-18 “Green Hornet” on the same camelina-based jet fuel. It will be the first aircraft ever to fly faster than the speed of sound powered by renewable, domestically-produced biojet fuel.

Camelina was selected for initial testing by the military because it does not compete with food crops, has been proven to reduce carbon emissions by more than 80 percent, and has already been successfully tested in a commercial airline test flight. In addition, camelina has naturally high oil content, tolerates drought well and requires less fertilizer and herbicides. An excellent rotation crop with wheat, it can also grow on marginal land.