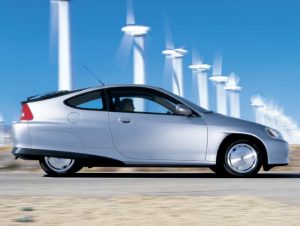 The U.S. federal government is working to reduce dependence on foreign oil by increasing the number of fuel-efficient hybrids. These vehicles also cut carbon dioxide and other pollution.

GSA is going to be doubling the number of hybrids in their fleet this year and hopes to have 100 hybrid vehicles by next year. This effort stems from President Obama’s Executive Order, which includes cutting the government’s use of petroleum by 30% by 2020.

Martha Johnson, the Administrator of GSA, said, “By doubling the hybrid felt and committing to purchasing plug-in hybrid vehicles, GSA is leveraging our position as the government’s centralized supplier to invest in emerging clean energy technologies, increasing the government fleet’s fuel economy, and decrease the cost of government operations.”

She continued to say, “GSA is committed to delivering solutions that help agencies deliver on the President’s call to increase sustainability and energy security.”

The Department of Energy is committed to this goal as well by replacing a total of 753 older cars with hybrid vehicles this year.