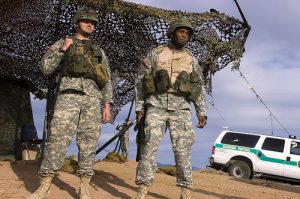 The U.S. Customs and Border Protection’s 57,000 employees have a new Commissioner, Alan Bersin. Bersin was recently appointed by President Obama to oversee the operation of CBP, which has a budget of more than $11 million.

The new Commissioner said, “I believe CBP’s strength is based on the diligence, dedication, and patriotism of our people. I am delighted to be at the helm of such a superb organization and look forward to getting to work.”

Prior to this role as CBP Commissioner, Bersin was the Assistant Secretary for International Affairs and Special Representative for Border Affairs in the Department of Homeland Security.

He will be charged with responsibility of upholding the mission of CBP, which is to protect the nation’s borders at and between the ports of entry from all threats while facilitated legitimate travel and trade.