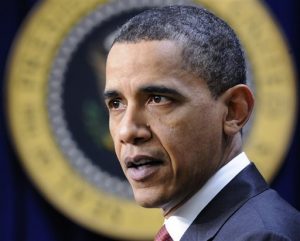 President Obama met with Prime Minister Singh of India, President Nazarbayev of Kazakhstan and President Zuma of South Africa yesterday on the eve of the Nuclear Security Summit. In a press briefing, Obama publicly complimented Zuma on his administration’s efforts in addressing the international problem of the threat of nuclear weapons.

Obama said, “The central focus of this nuclear summit is the fact that the single biggest threat to US security, both short-term, medium-term, and long-term, would be the possibility of a terrorist organization obtaining a nuclear weapon.”

Obama mentioned that the ramifications would be devastating and that “this is something that could change the security landscape of this country and around the world for years to come.”

He also spoke about the importance of locking down the nuclear material in a specific time frame and how the Security Summit is proving how countries around the world are embracing this goal. Obama hopes that the summit will bring about specific approaches how to solve this international problem.

After complimenting Zuma, Obama said he is looking forward to South Africa being a moral leader on this issue and hopes they will help guide other countries.  Obama’s address displayed a sense of urgency on this international problem.