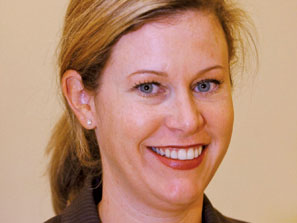 Stephanie Cutter has been named the Assistant to the President for Special Projects. Cutter was placed in this position April 22, 2010. Her duties will include advising the President on communications and outreach initiatives, specifically with the recent health insurance reform.

Cutter, founder of The Cutter Media Group, LCC, has worked in the public service for the past two decades. Most recently, she worked as an advisor to First Lady Michelle Obama in the “Let’s Move” initiative. Additionally, she worked as an Adviser to President Obama during the nomination of Supreme Court Justice Sonia Sotomayor.

Cutter worked as Counselor to the Treasurer Secretary from January to May 2009. She was the Chief Spokesperson for the Obama-Biden Transition, as well as Michelle Obama’s Chief of Staff during the campaign.

President Obama said, “Stephanie is one of the most respected professionals in public affairs and has an innate understanding of the nexus between policy and communications. She’s also a veteran of the White House, and I’m thrilled to have her on board in this new role.”