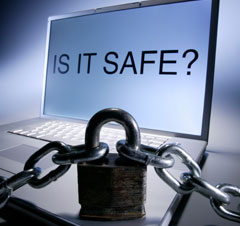 President Barack Obama signed the Patient Protection and Affordable Care Act into a law on March 23.

The law plans to expand health care coverage to 31 million currently uninsured Americans. According to the Open Congress Web site, the estimated cost of the law is $848 billion over 10 years. However, it should be fully offset by new taxes and revenues and would reduce deficit by $131 billion over the same period.

According to HealthReform.gov, $350 million will be provided over the next 10 years to fight fraud through the Health Care Fraud and Abuse Control Account from 2011 to 2020. This money will also be allotted to hire new officials to help prevent and identify fraud.

“The Affordable Care Act gives us new tools to fight fraud, protect consumers, and safeguard taxpayer dollars,” Kathleen Sebelius, Secretary of the U.S. Department of Health and Human Services, said. “It strengthens our ability to stop fraud before it starts by making it harder to submit false claims and easier to catch those who try to cheat out consumers. And, the new law will guarantee that those who try to game the system face severe consequences.”

The HHS will work with the Department of Justice and the Center for Program Integrity at the Center for Medicare and Medicaid Services to build on the Heath Care Fraud Prevention and Enforcement Action (HEAT) Team. The HEAT Team seeks to prevent fraud and enforce the current anti-fraud laws in America.

“Our departments have a long history of working together in the fight against health care fraud. Today’s report shows the success of our collaborative efforts to prevent, identify and prosecute the most egregious instances of health care fraud,” Eric Holder, Attorney General, said. “We know that as long as health care fraud pays and goes unpunished, our health care system will remain under siege. These crimes harm all of us – government agencies and programs, insurers and health care providers, and individual patients. But we are fighting back, and will use the expanded capabilities that the Affordable Care Act provides to stop health care fraud in its tracks.”

The law establishes new rules and sentences for fraud criminals. For example, it places federal sentencing guidelines for health care fraud offenses by 20 to 50 percent of crimes that involve $1 million in losses, according to HealthReform.gov. The Office of Inspector General will now be allowed to impose stronger civil and monetary penalties on those who committed fraud.

“Criminals have concluded that health care fraud is a safe bet. It is imperative that we change the calculus,” Daniel R. Levinson, Inspector General for the Department of Health and Human Services, said. “With the expanded resources and enforcement tools provided in the Affordable Care Act, OIG and its partners will be bringing the fight to the criminals to prevent, detect, and swiftly punish those who steal from taxpayers and abuse the public trust.”

The law also provides new tools to prevent fraud. Authorities will increase oversight of those enrolling or participating in Medicare, Medicaid and CHIP, like mandatory licensure checks, according to HealthReform.gov. Providers will also be subject to fingerprinting, site visits and criminal background checks. Providers and suppliers must establish plans to follow the rules in the law to enroll in Medicare, Medicaid, and CHIP.