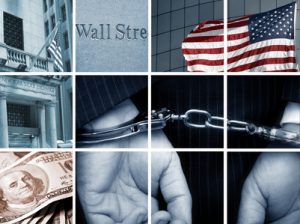 FBI’s “Operation Stolen Dreams” has recovered more than $147 million stolen from mortgage fraudsters throughout the country since its start date March 1.

The sweep was a coordinated Financial Fraud Enforcement Task Force effort to investigate and prosecute those allegedly involved in financial crimes for mortgage fraud. Director Robert Mueller, III announced the program is the largest collective enforcement effort brought to bear in this issue. It also resulted in 485 arrests of criminals who are allegedly responsible for more than $2.3 billion in losses.

“From home buyers to lenders, mortgage fraud has had a resounding impact on the nation’s economy,” Mueller said. “Those who prey on the housing market should know that hundreds of FBI agents on task forces and their law enforcement partners are tracking down your schemes and you will be brought to justice.”

The program, which was organized by President Barack Obama’s interagency Financial Fraud Enforcement Task Force, is composed of federal agencies, regulatory authorities, inspector generals, and state law enforcement. It differs from similar operations in the past because it focused on criminal cases as well as federal ones.

Attorney General Eric Holder also commented on the collaborative efforts of “Operation Stolen Dreams”. He said, “We will use every tool available to investigate, prosecute and prevent mortgage fraud, and we will not rest until anyone preying on vulnerable American homeowners is brought to justice.”

The task force will continue to investigate and arrest those involved in financial crimes and attempt to ensure justice for the fraud victims.