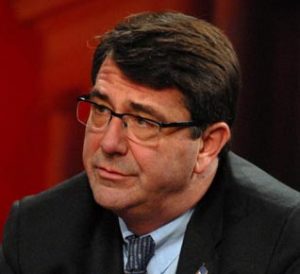 Under Secretary of Defense for Acquisition Ashton B. Carter held a meeting yesterday with government contractors and lobbyists at the Pentagon to decide how the industry could cut waste in hopes of freeing up money in the department’s budgets.

Carter said he hoped the meeting would allow defense contractors a chance to discuss new proposals as the Pentagon plans to cut federal spending in light of a tighter belt on the department’s budget. Carter urged the industry leaders to think about “identifying and eliminating unproductive or low-value-added overhead and transferring the savings obtained to war fighting capabilities.”

Senior executives from some of the largest contractors, such as Lockheed Martin, Boeing and BAE Systems, were present at the meeting and received Carter’s message to “do more without more.”

While the defense budget has grown significantly since the Sept. 11 terrorists attacks, Carter told executives this will no longer be the case as it will most likely expand at a modest rate.

“This is neither the ’90s nor the last decade,” he said. “It’s different. It’s an environment in which we’re going to have slow real growth. And our senior managers and our partners in industry need to manage accordingly.”

Carter released a draft of possible guidelines for the industry to follow to try to bring down overhead costs and emphasized the use of fixed-price contracts. He explained it was not the department’s intent to cut into the companies’ profits, but rather encourage them to be more efficient and increase productivity.