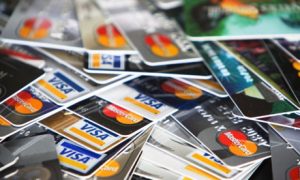 A federal court has put a stop to a sophisticated international scheme that used identity theft to place more than $10 million in bogus charges on consumers’ credit and debit cards, according to the Federal Trade Commission.

More than a million consumers were hit with one-time charges of $10 or less, and their payments were routed through dummy corporations in the United States to bank accounts in Eastern Europe and Central Asia. By using fake company names resembling real companies and information taken from identity theft victims in the United States, fraudsters were able to open merchant accounts with companies that process charges to consumers’ credit and debit card accounts.

The defendants also gave each fake merchant a virtual office address near a real merchant’s location, a phone number, a home phone number for the “owner,” a website pretending to sell products, a toll-free number consumers could call, and a real company’s tax number found online

Via spam email, the scammers recruited at least 14 individuals in the United States to form 16 dummy corporations, open associated bank accounts to receive the card payments, and transfer the money overseas. The defendants used debit cards linked to these bank accounts to set up telephone service, virtual addresses, and websites that helped deceive the card processors, according to the complaint.

Most consumers either did not notice the charges on their bills or did not seek chargebacks because of the small amounts ranging from 20 cents to $10. Consumers who called the toll-free numbers on their bills either found them disconnected or heard recorded messages instructing them to leave a message, without any calls being returned.

The FTC charged 16 sham companies with making unauthorized charges to consumers’ credit cards in violation of Section 5 of the FTC Act. The court froze the defendants’ assets and ordered them to stop operating, pending final resolution of the case.