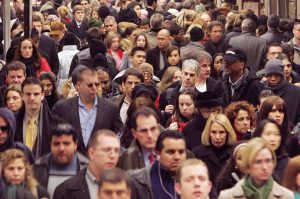 Despite a push toward adopting and using health IT, less than 10 percent of American adults now use electronic medical records or turn to email to contact their doctor, according to a new Harris Interactive/HealthDay poll.

The survey revealed nearly 50 percent of respondents were uncertain whether their physicians offered these technologies. However, the majority said they would like their doctors to access their medical records with the click of a mouse. On the other hand, only about a third believe their insurer should have that same access.

Overall, “the general public only has a vague idea, only a very limited understanding, of what all this is about,” said Humphrey Taylor, chairman of The Harris Poll, a service of Harris Interactive.

Despite the Obama administration’s campaign to spread health IT, public attitudes toward electronic medical records have not changed much over the past few years, the poll shows. This year and last, 78 percent of adults indicated they “strongly” or “somewhat” agree doctors should have access to their electronic medical records. In 2007, 80 percent were in agreement on physicians’ access to those records.

A little more than a quarter (28 percent) of those polled thought their doctor used electronic medical records, but 42 percent said they did not know whether their primary care physician had the technology.