Ashton Carter Meets With Defense Contracting Executives: ‘The Era of Big Growth is Over’ 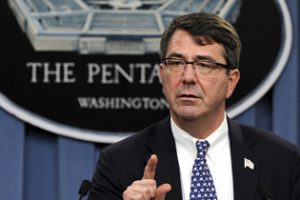 Ashton Carter, DoD’s undersecretary for acquisitions and the man picked by Robert M. Gates to free up $100 billion in the defense budget, met with leaders of the government contracting community last Monday.

“The secretary is saying we need to deliver the war-fighting capability required within the resources the country can afford to provide, and that’s going to require us to change the way we do business here,” Carter told National Public Radio. “Programs that can’t be managed to be affordable in the new climate will be eliminated.”

In a DoD memo dated June 28, Carter defined the task assigned to him by Gates: eliminating “excessive costs and unproductive overhead” in DoD business processes, an endeavor that he says will “take years.”  He promised new guidance for DoD acquisition personnel in coming months that will require them to “craft and execute the department’s contracts in coming years, to scrutinize these terms to ensure that they do not contain inefficiencies or unneeded overhead.”

“Every year [consumers] get a better a computer” without major price increases. “That’s not happening in defense,” he explained.

He added government and industry need to get used to “doing more without more,” and providing better value for the same money.

“The era of big growth is over,” he said, and added government contractors must “play the game that’s on the field.”

Despite the fears of some analysts that this new approach might mean “dropping the hammer” on the defense industry by cutting into profit margins, Carter emphasized the importance of a strong defense industry in his memo from last week. He wrote that DoD intends to stress efficiency and eliminating unnecessary overhead in acquisitions, and promised as companies become more efficient, “you will win more programs.”

Carter admits not every sector of defense will emerge from this latest acquisition reform effort unscathed, singling out the shipbuilding industry as one that could be “overcapitalized” and noting Gates’ success in terminating the F-22 program, potentially meaning trouble for large-scale advanced aerospace projects.

Loren Thompson of the Lexington Institute told Federal Times while “it will take some time before overhead cuts begin to impact industry profits, you can’t decrease weapons spending, insource services and shrink overhead rates without companies feeling some pain. This is how defense downturns unfold.”

But, while industry leaders weren’t especially ebullient about last week’s meeting, former Secretary of Defense William Perry said it was nothing like the “last supper” meeting he called with industry leaders in the 1990s, where he urged a major consolidation ahead of serious budget cuts. Carter agreed, saying “it’s a different era” because annual defense budgets are only projected to grow by 1 percent each year, not decline.