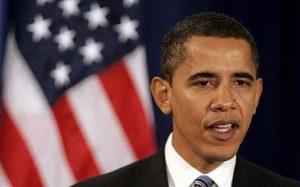 President Barack Obama will today sign the Improper Payment Elimination Act, which will require federal agencies to redouble their efforts to identify and recover billions of dollars lost every year to wasteful spending.

According to the White House, improper payments — including checks issued to the wrong recipients, or recipients who use the funds in an improper manner — last year totaled nearly $110 billion, the highest amount to date.

“Thorough identification of improper payments promotes accountability at executive departments and agencies; it also makes the integrity of federal spending transparent to taxpayers,” Obama said in a March 10 memorandum. “Reclaiming the funds associated with improper payments is a critical component of the proper stewardship and protection of taxpayer dollars, and it underscores that waste, fraud, and abuse by entities receiving federal payments will not be tolerated.”

Sponsored by Sen. Thomas Carper, D-Del, and Rep. Patrick Murphy, D-Pa., the bill will require more agencies to report waste and to produce audited, corrective action plans with targets to reduce the errors that lead to improper payments. Under the new bill, all agencies spending more than $1 million will be also be required to do recovery audits on their programs.