President to Use Recess Appointment to Install Medicare Leader 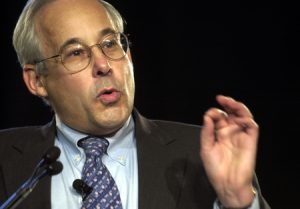 President Barack Obama is scheduled today to make Dr. Donald Berwick a recess appointment as administrator of the Centers for Medicare and Medicaid Services.

Berwick, whom the president nominated in April, will take control of the agency without going through a confirmation process. According to White House officials, “the agency facing new responsibilities to protect seniors’ care under the Affordable Care Act, there’s no time to waste with Washington game-playing.”

President Barack Obama is choosing to bypass the Senate due to Republicans in Congress planning to stall the nomination. With the recess appointment, Berwick could serve as the agency head through next year.

The new head of the Medicare program has experience as founder of the Institute for Healthcare Improvement and has spent many years as a practicing physician and a Harvard professor. He will assume a post that has not seen a permanent administrator since 2006.

“His deep firsthand knowledge of our health care system makes him the right Administrator to tackle the law’s requirements, particularly that CMS improve nursing home care, reduce unnecessary hospital readmissions, and expand coverage to millions of Americans who need it most,” said Dan Pfeiffer, director of Communications for the White House. “The Affordable Care Act attaches a January 1 deadline to many of these priorities, making steady, experienced leadership all the more critical.”