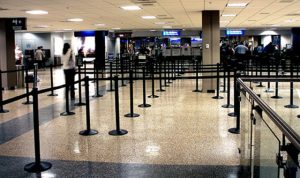 These funds are expected to create more employment opportunities within the TSA, as well as streamline the ticketing process and bag search.

According to DHS, of the $1 billion of ARPA funds allocated to TSA for aviation security projects, $734 million is given to screening checked baggage and $266 million is allocated for checkpoint explosives detection technologies.

The legislation was signed into law by President Barack Obama in February 2009.