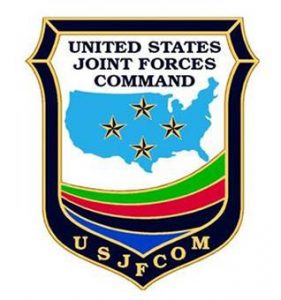 Defense Secretary Robert M. Gates announced today a series of efficiencies initiatives that included several cost-cutting methods in which the department could free up money in its budgets for force structure and modernization.

One of the major suggestions included in Gates’ proposals was his recommendation to eliminate the U.S. Joint Forces Command.

In response, JFCOM released a statement on Gates’ push to end the command. The text of the statement is as follows:

“We all will work to carry out the secretary’s decision to disestablish Joint Forces Command. There will be much hard work and analysis in the time ahead and we will do the best we can to provide solid data on which to base decisions.

“We have been assured that our work force will receive the best professional career advice and placement assistance available. This assistance begins with tomorrow’s visit of Dr. Clifford Stanley, the Under Secretary of Defense for Personnel and Readiness, to talk with our leadership about the way ahead.

“While this decision will understandably cause concern among our work force, we will be diligent to make sure we keep distractions to a minimum and continue to provide the best possible support to the warfighter.”

JFCOM was created to instill jointness into all military operations, particularly the training and providing of forces for missions. It currently employs more than 6,000 civilian workers, military personnel and contract employees, thousands of which in the Norfolk, Va., area.

In his proposal, Gates recommended the department assign JFCOM operational functions to other organizations.