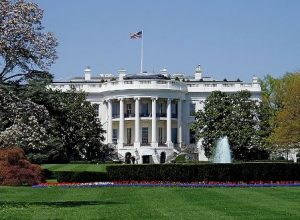 The Obama administration is seeking sweeping new regulations to force all Internet communications services to have the technical capability of abiding by wiretap orders.

The administration says both steps are necessary because of the shifting nature of online communication and the fight against terrorism.

The New York Times reports the Obama administration plans to offer a bill next year that would require online communications services to have the technological capacity to comply with federal wiretap orders. Those online services include: social networks such as Facebook; encrypted email services such as BlackBerry; and services like Skype.

The administration also wants the Treasury Department to keep tabs on all international money transfers to “better understand normal money-flow patterns so they can spot abnormal activity,” according to a report in The Washington Post.

Now, banks are required to report transfers of $10,000 or more, or otherwise “suspicious” transfers.

Detractors of the proposal, which will be posted on the Treasury Department’s website today, say it skirts the bounds of privacy and there is no evidence the department can handle the large amount of data the new regulations would require.

But supporters point to the fact that the 9/11 hijackers received more than $100,000 in electronic fund transfers, but those amounts were not flagged because they were in portions less for which the reporting guidelines allowed.

Lina Khan, President Biden's nominee to chair the Federal Trade Commission (FTC), has taken her oath to fill the role through September 25, 2024. She formerly served as an associate professor at Columbia Law School and as a legal adviser to FTC commissioner Rohit Chopra. “I look forward to working with my colleagues to protect the public from corporate abuse," Khan said.