While NASA has been knocked off its orbit lately, one of its most recent endeavors never left the ground but is still leading the pack in innovation.

The National Aeronautics and Space Administration announced earlier this week that its massive 50,000 square-foot, two-story Sustainability Base in Ames, Calif., was named the winner of the General Services Administration’s Real Property Award for Green Innovation.

The building, a candidate for energy-efficient certification known as LEED, was designed by William McDonough & Partners and was recognized for its original design as well as energy and water conservation features.

If the base’s walls could talk, they would reveal a NASA-developed software system that will completely monitor the building’s environment: from temperature and humidity, to noise and light levels.

When completed, the building will be considered “zero-net energy consuming,” which makes it eligible for the highest level of LEED certification and also puts it ahead of the curve in terms of federal guidelines.

Other features include: geothermal walls for heating and cooling, solar panels and glazed windows.

“Working with the amazing team at NASA Ames, we saw an opportunity to look for something truly transformative,” said William McDonough, founding partner of the design firm. “The result of this collaboration is a building design that demonstrates the highest possible technical performance, and will be a wonderful place to work—one that supports productivity, nurtures community, and celebrates connectivity.” 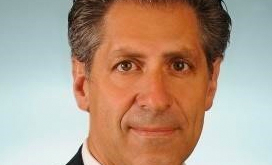 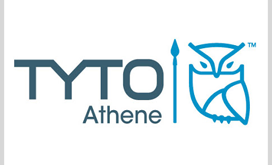 Mutual Telecom Services, a wholly-owned subsidiary of Tyto Athene, received a potential five-year, $43.5 million Department of Energy (DOE) contract to support the Oak Ridge Federal-Integrated Communications Network (ORF-ICN), the company announced on Tuesday. This marks the first time that a company has successfully won back-to-back contracts in support of the ORF-ICN.