The Defense Department has its eye set on reducing the armed forces’ reliance on fossil fuels both as a matter of national security and a way to save money, according to one of the Pentagon’s top energy specialists.

Sharon Burke, director of DoD’s operational energy plans and programs, said reducing demand and consumption of fossil fuels are two of the goals the Pentagon is “really focused on” in both the short- and long term.

“No matter what kind of energy we’re using, the amount of energy we’re using causes us problems – particularly in the kinds of fight we’re fighting today, where so much of our logistics train is in the battlefield,” she added, in remarks at a recent DoDLive Bloggers rountable.

Burke’s focus is on operational energy—the energy used to move and sustain weapons, forces and equipment. The mission for her recently created position is to develop ways to reduce the Pentagon’s use of fossil fuels and to incorporate renewable energy sources into the fighting force.

It is a timely mission, Burke said, noting the recent attacks on NATO supply trucks along the Afghanistan-Pakistan border after a NATO strike killed two Pakistani soldiers.

“I think the recent NATO supply convoy attacks really got people’s attention and brought home to people what the risks are, and what … a worst-case scenario is,” Burke said.

But Burke said she also saw the possibilities in exploring ways to more effectively use energy.

Last month, the Center for a New American Security think tank published a report that advised the Pentagon to begin making preparations for a “post-petroleum” age.

“Moving beyond petroleum will allow DoD to lead in the development of innovative technologies that can benefit the nation more broadly,” that report concluded, “while signaling to the world that the United States has as innovative and adaptable force.” 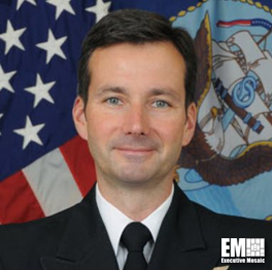 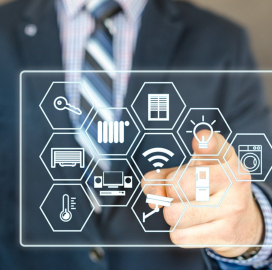 The House has introduced a bill that would authorize $3 billion for the Technology Modernization Fund to help agencies support information technology updates in response to the coronavirus pandemic, FedScoop reported Tuesday.