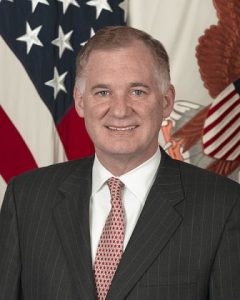 He worked in a number of positions in the Defense Department, including director of program analysis and evaluation, as well as DoD comptroller, a position he served in from 1997 to 2001.

Lynn’s longtime public service is balanced by stints in the private sector. He served as senior vice president of government operations and strategy at Raytheon, and as executive vice president of DFI International, a Washington-based management consulting firm.

Lynn graduated from Dartmouth College and Cornell Law School and he has a master’s degree in public affairs from Princeton University.