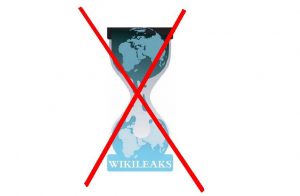 The Office of Management and Budget issued a memo late Friday night, instructing federal workers and contractors not to read WikiLeaks materials, according to The Washington Post.

“Classified information, whether or not already posted on public websites or disclosed to the media, remains classified,” the memo states, “and must be treated as such by federal employees and contractors, until it is declassified by an appropriate U.S. government authority.”

The Post reports the Defense Department has issued similar directives for DoD personnel.

And, even potential federal employees were warned away from reading the site, or dispersing information about it through links on their social media profiles.

Columbia University career counselors recommended that students considering federal careers not post links on Facebook or Twitter, saying, in an email, that doing so “would call into question your ability to deal with confidential information, which is part of most positions with the federal government.”

OMB has not directed agencies to formally block the website.

However, federal employee or not, users may find it difficult to access the site. Amazon Web Services pulled the plug on hosting the controversial site on its servers, and PayPal similarly pulled it services from the site, which allowed users to donate to the organization.

The Associated Press reports most WikiLeaks traffic is now routed through the Swiss version WikiLeaks.ch, which is controlled by a freedom-of-information organization based in Switzerland, known as the Swiss Pirate Party.