A new report ranking public sector, industry and advocacy organizations on their adoption of social media and digital savvy found that some government organizations – archaic reputations notwithstanding – are actually geniuses when it comes to new media.

The report, commissioned by New York University’s Scott Galloway and George Washington University’s Doug Guthrie, assessed 100 organizations on more than 350 quantitative and qualitative data points and found that, at least by the numbers, agencies and organizations are making the jump to social media.

More than 80 percent of the organizations studied have at least one presence on a social media platform, the report finds. Also, 63 percent host a blog, and 20 percent have some presence on a mobile platform.

As far as big winners, NASA took home the top honors, with a score of 184, placing the space agency at a “genius” level when it comes to social media expertise.

“NASA has pioneered efforts on every platform, demonstrating that the agency’s innovation orientation extends well beyond its space program,” the authors of the report write. “Its technology-rich site attracts over three million unique visitors per month, and the organization boasts more than 600,000 Twitter followers and 150,000 Facebook fans, confirming the power of strong content.”

NASA isn’t merely in its own league, the authors write, it’s “in its own stratosphere, experimenting with the latest technologies from geo-local to 3-D animation.”

The White House, also a genius at 158, was praised for its open-sourced budget-balancing contests and presidential YouTube addresses.

The top five is rounded out by People for the Ethical Treatment of Animals (which “sets the bar for virtual advocacy”), the U.S. Army and the Democratic National Committee, which narrowly beat out its counterpart across the aisle. The Republican National Committee clocked in at number 7 on the list.

How were the scores calculated?

While adoption of social media may just be a sign of the times, the authors of the report say no less than the fate of our democracy may be tied to a government organization’s Facebook page.

“Our thesis is that digital competence will play a seminal role in determining the ideas and people that gain or lose influence in the halls of power,” the authors write. “Key to managing and developing competence is an actionable metric.

Other rankings of note:

The Tea Party Patriots come in a bit on the lower end of the spectrum; a score of 61 says the organization is social-media challenged. Echoing observations that some have made about tea party groups in real life, the authors write the group’s website boasts “an engaged social media fan base and impressive site traffic,” but is “hampered by [a] lack of organization and clarity.”

The Commerce Department ranked last among federal executive agencies, with a “feeble” score of 65. “The department whose mission is to help make American businesses more innovative struggles with innovation online,” the authors write.

Overall, though, executive and independent agencies scored an admirable average of 98 and 91, respectively. The military services ranked even higher, with an average digital IQ of 117. 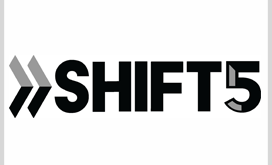 Shift5 announced on Monday that the data-driven solutions company has added three new senior executives to implement strategies for rapid growth in the future. Ralph Khan will serve as the new chief revenue officer, Matt MacKinnon will be the chief product officer and Egon Rinderer will work as chief technology officer.