In a speech this week, Energy Secretary Steven Chu said the United States risked falling behind in the race to develop clean-energy sources.

The United States faces a “Sputnik moment,” in terms of clean energy, he said, referencing the launch of the Soviet satellite in 1957 that shocked American scientists and spurred the beginnings of the space race between the two rival nations.

“America still has the opportunity to lead in a world that will need a new industrial revolution to give us the energy we want inexpensively but also carbon-free,” Chu said in the speech Nov. 29 at the National Press Club in Washington, D.C. “It’s a way to secure our future prosperity.”

But despite the Sputnik comparison, Chu said the race isn’t over yet. He promised the United States “will not play for second place,” even as recent clean-energy successes in China and elsewhere have heightened the stakes. Scientific American reports China is now considered the global leader in high-efficiency coal-fired power plants.

Chu’s speech comes hot on the heels of a report issued by the President’s Councils of Advisors on Science and Technology, which called for significant investments in energy research and development. It also proposed setting energy policy reviews every four years.

Chu also highlighted successful DOE projects, including a revolutionary vehicle battery able to power a four-person car 500 miles on a single charge and a project to develop artificial photosynthesis.

Working with the California Institute of Technology, DOE wants to use the process to convert sunlight into usable fuels like gasoline.

Today, Chu will visit a leading solar technology firm working on building more efficient solar panels, and this evening, he will address a conference sponsored by The Economist magazine about DOE goals in the year ahead. 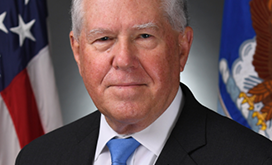 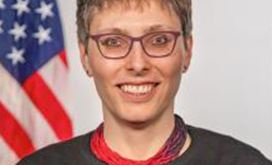 Laura Stanton, assistant commissioner for the office of information technology category at the General Services Administration’s (GSA) Federal Acquisition Service (FAS), said GSA plans to introduce a cloud marketplace that could be used by federal agencies as a one-stop shop for cloud platforms. "We keep hearing that agencies have to go multiple places to buy cloud," Stanton said.