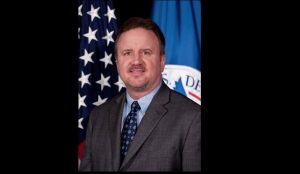 While many people were celebrating the New Year, the Department of Homeland Security was marking the end of Critical Infrastructure Month.

The month-long campaign’s purpose was to raise awareness about the vital role protecting things such as telecommunications networks, nuclear and chemical facilities, and transportation systems plays in U.S. national security.

In a blog posting on the DHS website, the agency deems the awareness-raising campaign a success and says the Office of Infrastructure Protection, a DHS offshoot, will continue its work throughout 2011.

The OIP will “continue to lead the national effort to reduce risks to the nation’s critical infrastructure posed by acts of terrorism,” the blog post says, “and to strengthen national preparedness and resilience.”

When President Barack Obama announced the kickoff to the month-long operation, he said an important part of infrastructure security is engaging communities, which often work with local infrastructure owners and operators, to “make our physical and cyber infrastructure more resilient.”

The necessity of protecting national infrastructure became heightened when revelations of the Stuxnet worm, which targeted Iranian infrastructure – some say as a way of striking at the Iranian’s nascent nuclear program – raised global fears about cybersecurity and physical infrastructure.

But Keil remains optimistic about OIP efforts, once again noting that buzzword, resilience.

“As we move into 2011, I am excited about the power that partnerships and collaboration bring to the mission of ensuring critical infrastructure protection and resilience,” he writes on the DHS blog.