The chief information officer of the U.S. Department of Housing and Urban Development said HUD made “significant improvements” in managing its IT investments last year.

And along with touting his department’s success in a blog post on CIO.gov, HUD CIO Jerry Williams is sharing how HUD did it.

“We have made significant improvements in this area,” Williams said, “and these improvements are grounded in the principle that having a repeatable and structured approach to investment management will allow HUD to improve performance year over year.”

Throughout the past year, HUD, which worked with the Government Accountability Office and the Office of Management and Budget, updated its IT investment framework and reworked how it prioritized and planned those investments.

Williams said the secret to HUD’s success was in clearly defining the various levels of its IT portfolio.

IT investments are structured around functional lines of business, he said, and IT projects are specific efforts designed to reach concrete goals with defined beginning and end points.

“Having refined the investment process, we are looking forward to implementing it on all our projects in the coming year,” he added.

Williams also noted the department’s support for civic engagement and industry outreach. In fact, HUD has melded the two concepts together, merging government-wide goals set out in the Open Government Directive as well as OMB’s 25-point IT management reform.

The latter calls for a sweeping overhaul of federal IT acquisition and management, including increased input from the private sector. 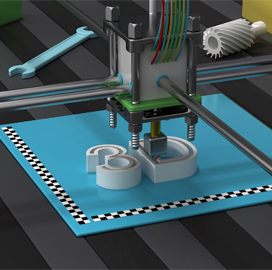