At the annual eHealth Initiative Annual Conference in Washington, D.C., a few weeks ago, national health IT coordinator David Blumenthal hailed the “era of meaningful use,” using the term to describe the significant adoption of electronic health records.

In a follow-up interview with FierceEMR, Blumenthal talked building interoperability into EHR systems and why even small healthcare providers shouldn’t wait any longer to adopt health IT practices.

Even though many European countries outpace the United States many times over in terms of EHR adoption (with some reaching nearly 100 percent adoption), the United States is better positioned to build EHR systems that work together, he said, because standards have already been set.

“I would start by saying that if they ever plan to adopt electronic health records, they have a once-in-a-lifetime chance to get substantial government support and help with it–and that’s now,” he told FierceEMR. “Later on, they will have to do without those financial incentives. So, that’s one of the gambles that they take.” 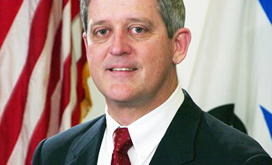