The Health and Human Services Department has announced a new director of its health IT initiatives to replace agency stalwart Dr. David Blumenthal, who is returning to academia.

HHS Secretary Kathleen Sebelius announced Farzad Mostashari, who had served as Blumenthal’s second-in-command since July 2009, would take over as director of the Office of the National Coordinator for Health IT beginning Friday.

In his deputy-ONC position, Mostashari focused on programs and policy. Before that, he served as assistant commissioner of the primary-care information project for the New York City Health and Mental Hygiene Department.

ModernHealthcare.com reports the Mostashari pick is drawing raves from the medical community and industry.

“It’s a good pick, but I’d go forward and say it’s the right pick and the best pick,” said Dr. Peter Basch, who heads health IT policy at MedStar Health in Columbia, Md.,  and also advises ONC’s Health IT Policy Committee on a volunteer basis.

Blumenthal announced in February he would step down from his post to return to his tenured position at Harvard Medical School.

President Barack Obama appointed Blumenthal in March 2009 to take on health IT initiatives. Blumenthal’s tenure as ONC director coincided with huge legislative pushes on health IT: the 2009 stimulus, which opened the floodgates of funding to reduce paper medical records and the healthcare reform bill enacted last year.

Blumenthal was a high-profile champion of electronic-health-records and, as ONC director, he helped shepherd through regulations focused on defining criteria for meaningful use of EHRs for HHS’ Medicare and Medicaid incentive-payment program. 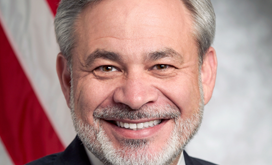 The National Renewable Energy Laboratory, managed by the Department of Energy (DOE), has launched a platform designed to facilitate scientific research on integrated energy systems. The Advanced Research on Integrated Energy Systems (ARIES) platform offers an environment where scientists can study the integration between multiple energy resources.