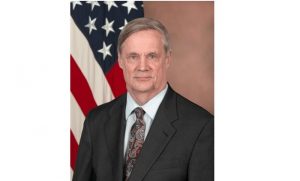 Defense News takes a hard look at why efforts to audit the Defense Department are so difficult. As reported last week, the Pentagon has a deadline of 2017 to be fully auditable, a goal many think may be entirely unrealistic.

Defense News reports efforts to get DoD’s books in order are being taken more seriously at the department than likely ever before, “if only because the specter of budget cuts sharpens the need for accurate information, and Congress appears to be paying more attention.”

Loren Thompson of the Lexington Institute said, in contrast to the way private companies are run, DoD has no incentive to make the most efficient and profitable use of its money. Rather, the department’s main metric is complying with congressional regulations surrounding appropriations.

Additionally, DoD has no reliable way to count contractors. It was mandated to so by Congress in the 2008 Defense Authorization Act, but, according to Defense News, it changed its formula between 2008 and 2009 making data comparisons between the two years impossible.

However, while most all observers can recognize the intractable issues surrounding defense auditing, DoD Comptroller Robert Hale said: “It is important for the American public to understand that — although the department does not yet meet commercial audit standards — their tax dollars are being managed responsibly.”