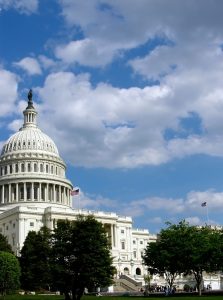 Thanks to the lobbying of House Republicans, the ban on Skype and ooVoo on Capitol Hill has ended. House members and staff are now able to use the services after the House negotiated a modified license agreement with both sites to ensure it complies with House rules and keeps members’ information secure.

House Democrats had originally deemed Skype “unauthorized” due to its lack of cybersecurity and protection for congressional computers. The members banned peer-to-peer applications behind congressional firewalls in 2006 due to risks of file sharing. In response to those worries, Skype engineers have been working on privacy settings to guarantee cyber safety for Capitol Hill.

“Skype will open up new channels of communication between government officials and the people they represent, and potentially help reduce costs, increase transparency and improve communications which is something we all agree is a good thing,” Staci Pies, director of government and regulatory affairs for Skype, said in a recent blog posting.