The National Institutes of Health will collaborate with the Defense Advanced Research Projects Agency and the  Food and Drug Administration to develop a chip capable of screening new drugs for toxic material before tested on people.

The chips will be loaded with specific cell types and would be able to deliver readouts showing how different proteins, genes and other cell compounds would react to different medicines.

The NIH says the chip would enable screening to be more effective and efficient than current methods.

“Drug toxicity is one of the most common reasons why promising compounds fail,” NIH Director Francis Collins. “We need to know which ones are safe and effective much earlier on in the process. This is an unprecedented opportunity to speed development of effective therapies, while saving time and money.”

This fall, the two agencies, in coordination with FDA, will solicit proposals from industry, government labs, academic institutions, and other research organizations on best methods in developing this technology.

Over the next five years, the NIH plans to commit up to $70 million and DARPA will commit a similar amount. 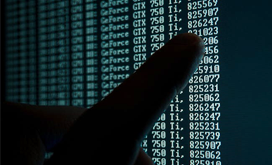 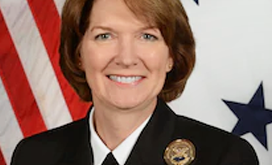 The Defense Information Systems Agency partnered with a cloud-focused group at the Department of Defense's chief information office to address the demands of teleworking amid the COVID-19 pandemic. DISA said Thursday that it sought out expertise from DOD CIO's Cloud Computing Program Office (CCPO) on technologies that optimize cloud-based teleworking.