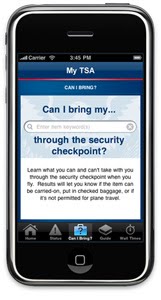 Federal agencies are struggling to put together mobile applications of substance according to a report released last week from White Horse.

NextGov is reporting that several government applications are flawed.

The Postal Service’s Tools app is severely flawed in reporting where packages are. The report recommends a website used to track packages rather than an app would be more widely used. The Treasury Department’s EyeNote app is designed to read the value of dollar bills to the blind. It still uses old photograph technology rather than new video capabilities.

Even the Alcohol, Tobacco and Firearms app is simply a smaller version of their own website. The report refers to apps like these as “wasteful spending.”

White Horse offers other simple changes to applications could make them extremely beneficial. For example, having the National Cancer Institute application Quit Guide send text messages to the user the first few days after quitting smoking to remind them why their decision is a good one.