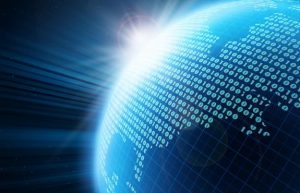 The Department of Homeland Security will see a $911 million budget scale-back for infrastructure and network protection funds and other federal cybersecurity accounts under sequestration.

Experts say that research grants, forensic equipment for cybercrime investigation, and supplementary corporate security assistance may be greatly affected, but they expect that funding for front-line security will not be diminished, according to NextGov.

Christopher Bronk, a fellow in information technology policy at Rice University, shared that national laboratories conducting studies on grid security may be the biggest victims.

He added, that support for industrial control systems and power companies would also dwindle without fiscal support from the Department of Energy.

Ray Bjorklund, chief knowledge officer at federal sector market research firm Deltek, said that the activation of sequestration may equally decrease the volume of agency accounts but agencies could also prioritize projects depending on their relevance.

However, because of the subjective nature of prioritization, cyberdefense programs may still be affected Bjorklund warned.

On the other hand, the sequestration planning document revealed that wartime cybersecurity procedures may remain intact.

Bronk said that the National Security Agency may also surpass the cost-cutting measures since it is concerned with cyberespionage and assists DHS and other U.S. Cyber Command programs.

But the stability of Cyber Command hiring and long-term cultivation of offensive cyber weapons is still undetermined.

Sequestration is also expected to affect preparedness of reserve units, delayed procurement of new facilities and equipment, as well as a decrease of equipment repair, military research, and base services.

Jim Lewis, a cybersecurity researcher at the Center for Strategic and International Studies, is confident that Congress will reach a budget settlement before December ends because lawmakers from both parties are hesitant to let sequestration occur.