One building will house medicine leaders from the U.S. Army, Navy and Air Force as the new Defense Health Headquarters in Falls Church, Va. opened Tuesday.

American Forces Press Service reports the new headquarters was borne out of the 2005 Base Realignment and Closure Act.

The new headquarters will host the Tricare Management Activity, the surgeon generals of the Army and Air Force, the Navy’s Bureau of Medicine and the Defense Department‘s office of health affairs.

Some positions within the office of health affairs will remain in the Pentagon.

Dr. Jonathan Woodson, assistant defense secretary for health affairs and director of the Tricare Management Activity, said the military will use the new building to help develop approaches to mental and physical health and conditioning.

“This also allows for the efficient planning of medical training platforms that are so important, particularly in an era where the training is technologically dependent,” he said, according to AFPS.

In March, Deputy Defense Secretary Ashton Carter reported to Congress the department’s plans for a new agency to oversee management of Tricare operations. 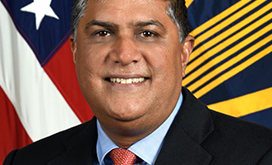 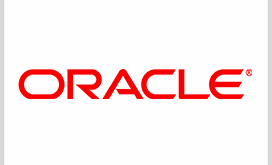 Oracle has been awarded a Framework Agreement for the provision of secure cloud services to the Government of Canada, enabling the company’s Canadian federal government customers the ability to securely store, manage and process sensitive data and applications in Oracle Cloud Infrastructure, Oracle reported on Thursday.