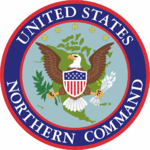 The U.S. Northern Command is working with the Defense Department to conduct emergency response operations due to Hurricane Sandy.

Dod announced that Northcom is coordinating with the Federal Emergency Management Agency in regions 1, 2 and 3 and sending further support from regions 4, 7, and 9.

Northcocm identified and alerted active duty deputies about deployment during the hurricane.

The command has placed a number of defense support of civil authorities forces on 24-hour “prepare to deploy” status in response to anticipated FEMA requests as a result of Hurricane Sandy.