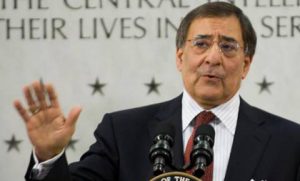 The Hampton Roads region will continue to play an integral role in the U.S. defense strategy even as the Defense Department will see budget cutbacks over the next decade, Defense Secretary Leon Panetta said Friday.

The Virginian-Pilot reports Panetta made the remarks before regional business and military leaders at the Hampton Roads Chamber of Commerce.

According to Bill Bartel‘s story, Panetta emphasized that he will support preserving of shipyards and other defense contractors located in the region with the goal of preserving the strength of the U.S. military.

Reductions in defense spending will total close to $500 billion over 10 years and if sequestration takes effect Jan. 2, that amount could swell to nearly $1 trillion.

BAE Systems and General Dynamics‘ NASSCO subsidiary are among several contractors that operate shipyards in the region.

Norfolk Naval Base is the largest such station in the world, according to the U.S. Navy, while NATO’s Allied Command Transformation is also located in Norfolk.

Addressing sequestration, Panetta compared the situation to a loaded gun ready to go off Jan. 2, calling it an issue of leadership in Congress and saying the country’s security is at stake.

Last month, he told reporters he would take “whatever the hell” deal Congress makes to avoid the sequester.