AF Gen Janet Wolfenbarger: Sequestration is an Opportunity for Ingenuity

“Yes, it’s hard, but it also provides us opportunity,” a top Air Force official said of the across-the-board defense cuts that are set take place at the start of the new year, according to an article published by Dayton Daily News.

Speaking to 150 attendees at the Dayton Area Defense Contractors Association, Gen. Janet C. Wolfenbarger, commander of the Wright-Patterson headquartered Air Force Materiel Command said the cuts are a chance to “bring good ideas forward and have them get a fair, sound hearing in a way that (in) some other environments we don’t get the opportunity to put those good ideas on the table as readily.”

The cuts, which total half a trillion dollars or 9.4 percent of the Defense Department budget, could drop Air Force spending back to 2004 budget levels.

According to the article, the General offered input for contractors including that they would have more say in determining capability requirements, more “agility and flexibility” within the system and more dialogue with industry to adjust rapidly to contract requirement changes and contract budget limits and technical standards.

Speaking about 2013, she said, “you will find that those programs that were canceled, substantially modified or didn’t fare well in the president’s budget request would be those that are not executing well.”

She went on to praise the contributions of government contractors.

Recent Comments by DoD Officials on Sequestration, Covered by ExecutiveGov 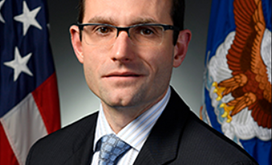