Automatic across-the-board spending cuts under sequestration are near certain to happen, a Goldman Sachs economist said.

According to Business Insider, Alec Phillips wrote in a note that the cuts are more likely to occur than Congress not raising the debt ceiling.

Phillips believes the sequester would have greater impact in the current fiscal year than in fiscal 2014 as the 2011 Budget Control Act scheduled the sequester to start Jan. 1, 2013, three months into fiscal 2013.

The law structured the sequester as applicable to spending levels already in place for fiscal 2013, Phillips wrote, as the law puts in place caps on congressional appropriations and the sequester to cut spending by $109 billion below that cap.

Congress approved a tax package in early January to avert the fiscal cliff and delayed the sequester until March 2013 (click here for our previous coverage of the deal).

Phillips wrote another delay of the sequester could allow for Congress to implement less disruptive cuts than what would occur during this fiscal year.

If the sequester were to happen in March, most Defense Department civilian employees would be furloughed for up to a month and funds would be cut for military healthcare and aircraft maintenance, according to Phillips.

The Pentagon would have to cut 9 percent from its budget and that would affect every account if the sequester comes down in March, Phillips wrote. 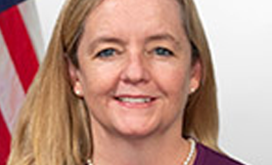 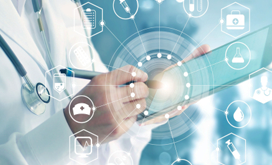 The Department of Veterans Affairs’ office of inspector general (OIG) has recommended that the Veterans Health Administration (VHA) establish and implement standard operating procedures to improve scanning and indexing of non-VA medical records into the electronic health records system. The recommendations were made after the inspector general found that community care personnel did not always accurately encode non-VA records into the EHR system.