The White House will release the results of federally-funded research to the public within a year for no cost, Reuters reports.

An online petition on the White House website calling for the move drew 65,704 signatures, according to the report.

Federal agencies with more $100 million in research and development expenses are covered under the directive and they are allowed a 12-month embargo before allowing access, Mark Felsenthal writes.

Agencies are required to provide the White House plans for implementing the new policy within six months, according to the report.

The Washington Post reports agencies covered under the new directive include the National Science Foundation and the departments of Agriculture, Commerce Defense and Health and Human Services.

White House science adviser John Holdren told agencies they can store results in their own computers or repositories as long as they were freely accessible to the public, according to the Post. 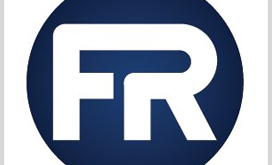