The Air Force has plans to reboot its civilian cyber workforce by revamping the way employees are trained, organized and paid, according to Federal News Radio.

Maj. Gen. Earl Matthews is in charge of developing the Air Force’s cyber workforce and he described the branch’s current system of titles and compensation for civillian cyber workers as outdated.

“The occupational series codes we use are the same ones that were in existence when the general schedule was created 50 years ago,” he said.

Matthews added that “there are 42 occupational series codes that make up the communications and information career field, everything from general administration to librarians to data clerks. That’s probably not where we’re headed for the future.”

He said that traditional civilian pay scales aren’t able to compensate the highly specialized individuals the Air Force requires for its cyber work.

“If you’re one of these civilians and you’re working in a specialized job, maybe you ought to get more pay regardless of what your grade is,” he said.

“We cannot continue to operate our civilian workforce in the manner we have been for the past number of years.”

Matthews added that this reorganization is not just occurring in the Air Force but the whole Defense Department. 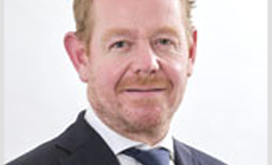 NATO hopes to introduce a defense technology accelerator that will enable the alliance to work with academia, private sector and non-governmental organizations to expedite trans-Atlantic collaboration on emerging technologies. DIANA will build and oversee a network that will help startups advance growth initiatives and support the alliance’s technology needs through grant programs.