The Defense Department is denying a report that it will replace all of its current mobile devices with 650,000 Apple iOS devices, GCN reports.

Technology website Electronista reported on Wednesday that the Pentagon planned to buy the iOS devices and eliminate Blackberry devices after sequestration concludes.

The department is aiming to have a management system and application store supporting 100,000 devices by February 2014, he told GCN.

Pickart also said the department currently 600,000 devices in either operational or pilot environments. 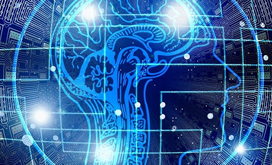 David Koch, chief of research and development at the Defense Logistics Agency (DLA), said DLA will use artificial intelligence to determine an item's demand in supply chain activities. Koch said at the Federal Drive show that AI has the potential to help the agency predict warfighters' future demand for items that are currently low-demand.